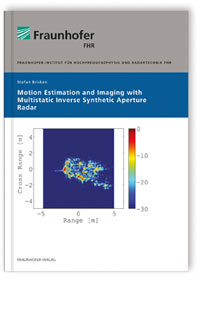 Inhalt
Inverse Synthetic Aperture Radar (ISAR) is a means to provide image-like information about a remote, moving target. However, ISAR based on a conventional, single radar relies on strong assumptions, limiting its applicability and information content. The central question of this thesis is if a distributed network of radars is able to counter such limitations. Such a network is more complex than a single radar, so a fundamental task solved in this thesis is to prove its feasibility. In order to apply ISAR imaging in the general case, a complete estimation of the target motion based on the radar data is necessary. On the basis radar measurements from multiple baselines, this thesis investigates new methods to estimate the target motion in terms of trajectory and intrinsic rotation. Such a complete information on the target's motion is the precondition to form combined images from distributed sensor data. A new technique for this purpose is presented in this work. The information content of the combined image is higher than for single sensor images: It is resolved in three dimensions, a larger fraction of the target is visible and the return signal towards different sensors can be compared.