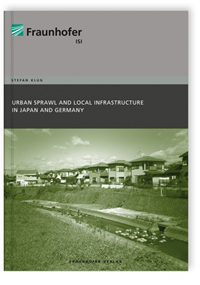 Inhalt
The configuration of local infrastructure depends to a large extent on land-use patterns. In particular the phenomenon of urban sprawl often leads to an additional demand for social facilities and network infrastructure. This international comparison of Nagoya and Munich region found similarities and differences in both the drivers and the impacts of urban sprawl. Urban development in Germany is polycentric at a regional level, whereas Japanese urban structure is often mixed with agriculture land use on a small scale. Based on data on urban fabric, density and infrastructure at local level and on stepwise multivariate regression models, a common mechanism was identified between driving forces, urbanisation pattern and financial impacts on sewage and road networks. Recommendations are presented for local stakeholders which take the different framework conditions in the two case study regions into consideration.
This publication is based on a PhD thesis submitted to Nagoya University in 2009, supervised by Prof. Dr. Yoshitsugu Hayashi, Graduate School of Environmental Studies.